Dragon Ball is one of the Greatest Manga ever created, also often referred to as the “KING OF ALL MANGAS”, I am pretty sure that each and every one of us could recall their childhood and bring back the good old joyous memories, this manga is created by none other than the Art Prodigy Akira Toriyama.

This is indeed one of my most prized possession, I got this box set as my Birthday Present, the Box set is really very very rare now since it is already out of print and now sells for at least USD 300 + shipping [UPDATE 2020, THE BOX SET IS BACK IN PRINT]. Anyhow, you don’t have to spend that much of money to enjoy the amazing art & story, all the mangas are available as individual volumes that would cost like 1/4th this price, but I guess a true DBZ fan would want to own the Collectors Box Set and would be really proud of it. 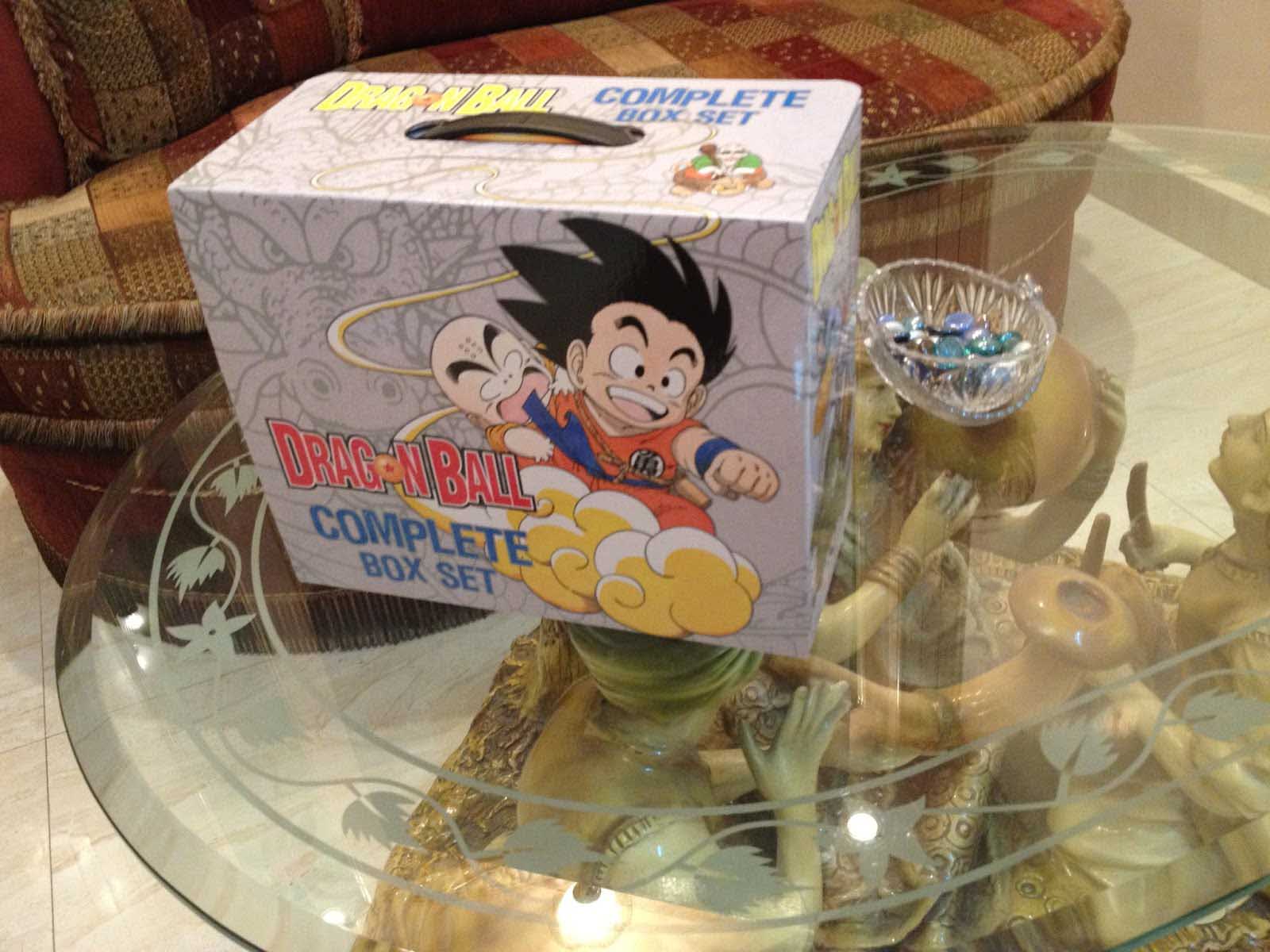 The following picture shows how the back of the box looks like, it has Shenlong the Dragon in the background and all the characters surrounding it, it looks pretty cool.

The box set comes with a double-sided poster, and a “Know-it-all” booklet which contains a few extras like an Interview with DragonBall creator Akira Toriyama, Best fights in DragonBall, talk a good fight etc. I think you get the gist, it is a booklet you can show off for being a DBZ fan, just a little something extra to make you happy. I took the liberty of taking a few pics, it shows the Double-sided poster, the collector’s booklet, the side views. 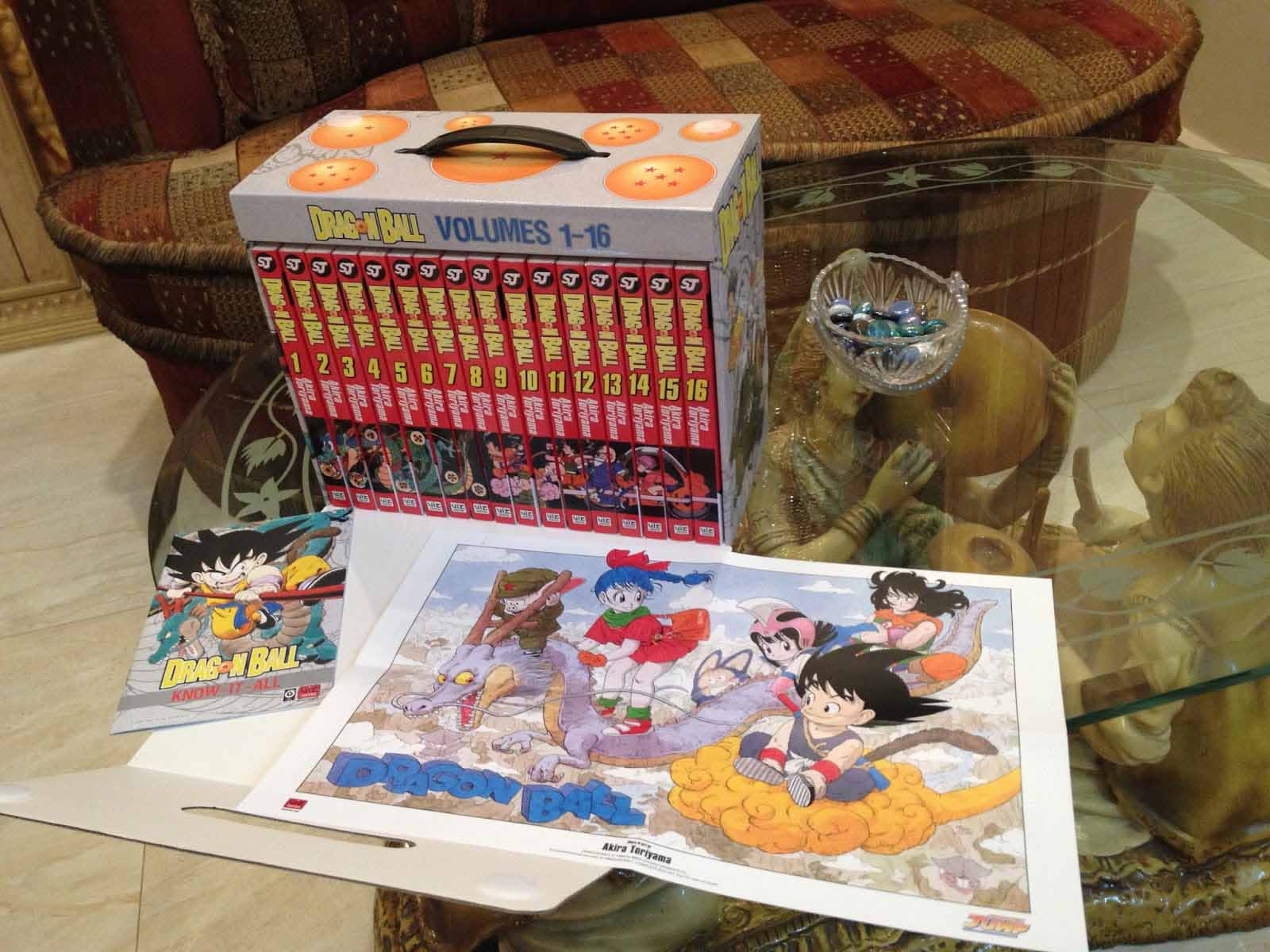 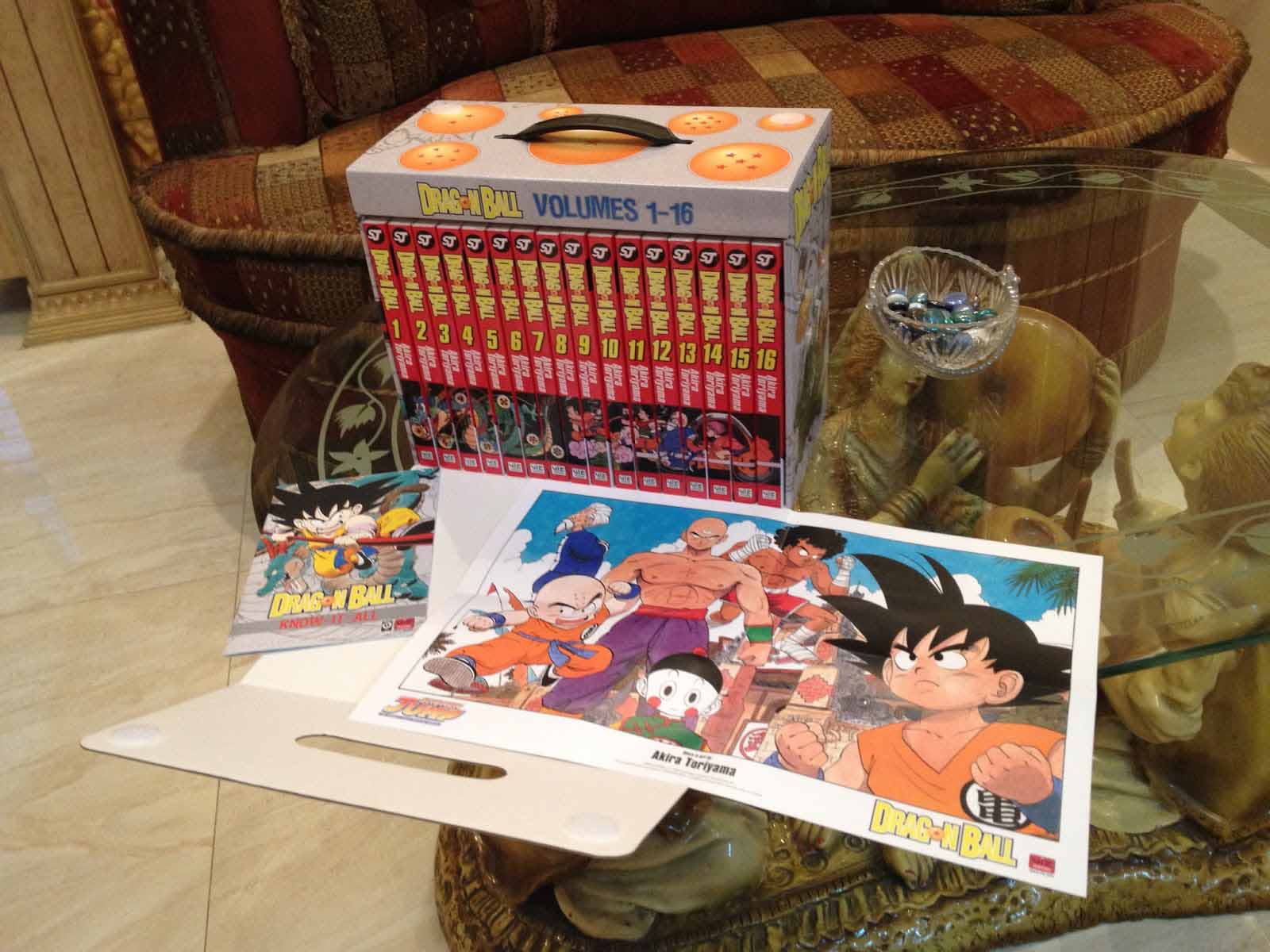 If you notice the spinal art of the books, you will see that all the books when put together form a picture of Shenlong the Dragon, along with all the characters, that is something that I really really like about it and is totally AWESOME, this is something you want to display on your shelf and brag about. And it doesn’t end here, the DBZ (Vol 17-42) mangas, when put together with these, continues this spinal strip. 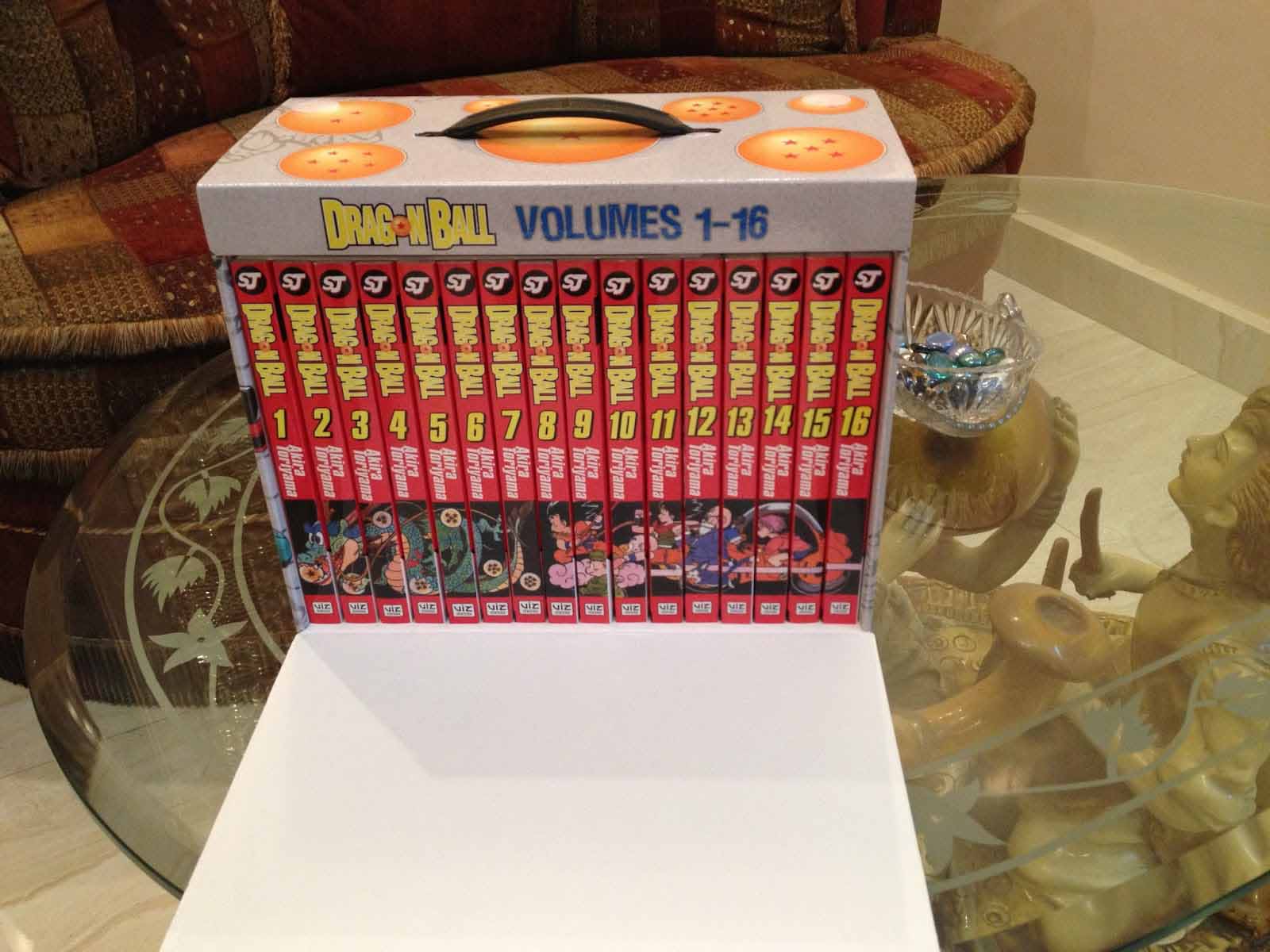 We all know the story of DragonBall, and undoubtedly it is one of the most amazing stories ever. The story of DragonBall revolves around the life of Goku as a child, and how he meets and makes new friends along the way of his adventures. All of us who have seen DragonBall-Z Anime first would surely be very interested in DragonBall since we get to know the history of each and every character. I was really very intrigued when Goku first met Bulma and they continued making new friends, and how they eventually build up the bond between themselves as we witness in DBZ.

They say, that Journey is more important than the destination, we all know that Goku would eventually become the “Greatest Martial Artist in the Universe”, but how he gets there, is what is portrayed in the entire series. DragonBall talks about Goku’s childhood, the journey he takes to become the man we all know today.

As soon as we start reading the first book, we instantly fall in love with it, each and every character has its traits, and in no time we find ourselves building a bond with them. It is really very hard to compare one book to another because just when you think that you have seen the greatest battle, the next book would put that thought to question. As soon as I started reading, I just couldn’t put it down till the entire series was finished, the story keeps on getting intense as it proceeds.

The complete DragonBall series represents Akira Toriyama’s most important works of his life, his art style is known to have started an artistic revolution, a lot of manga artists are inspired by his art style, One Piece creator Eiichiro Oda being one of them. It is truly amazing to see that Akira Toriyama’s art just pops out to life. All the battles and action are life like, it seems as we are watching a movie, being able to achieve that is something that takes years of experience & practice.

“King of All Mangas” this might be an understatement, this is not just a manga, it is THE manga to own. 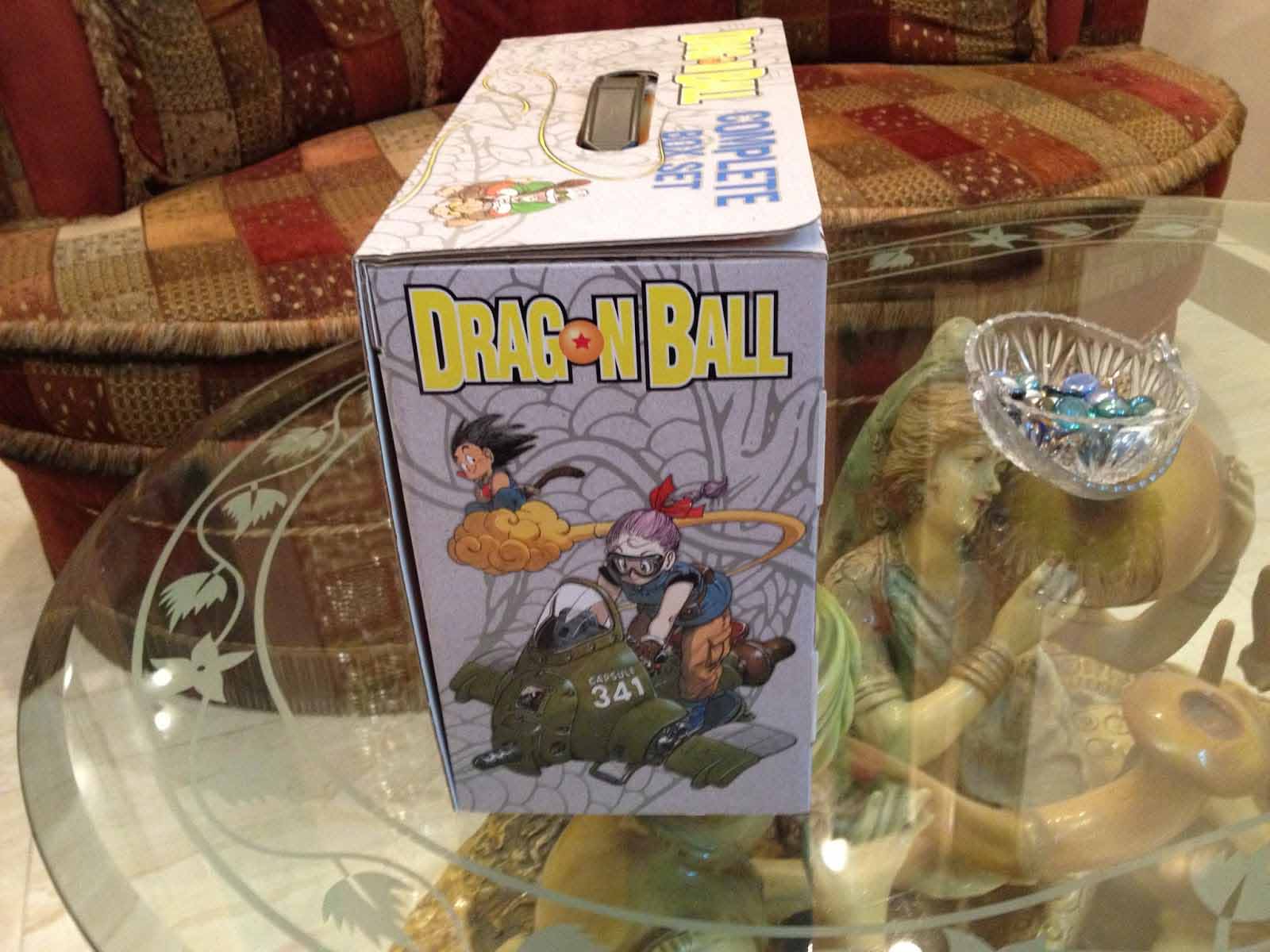 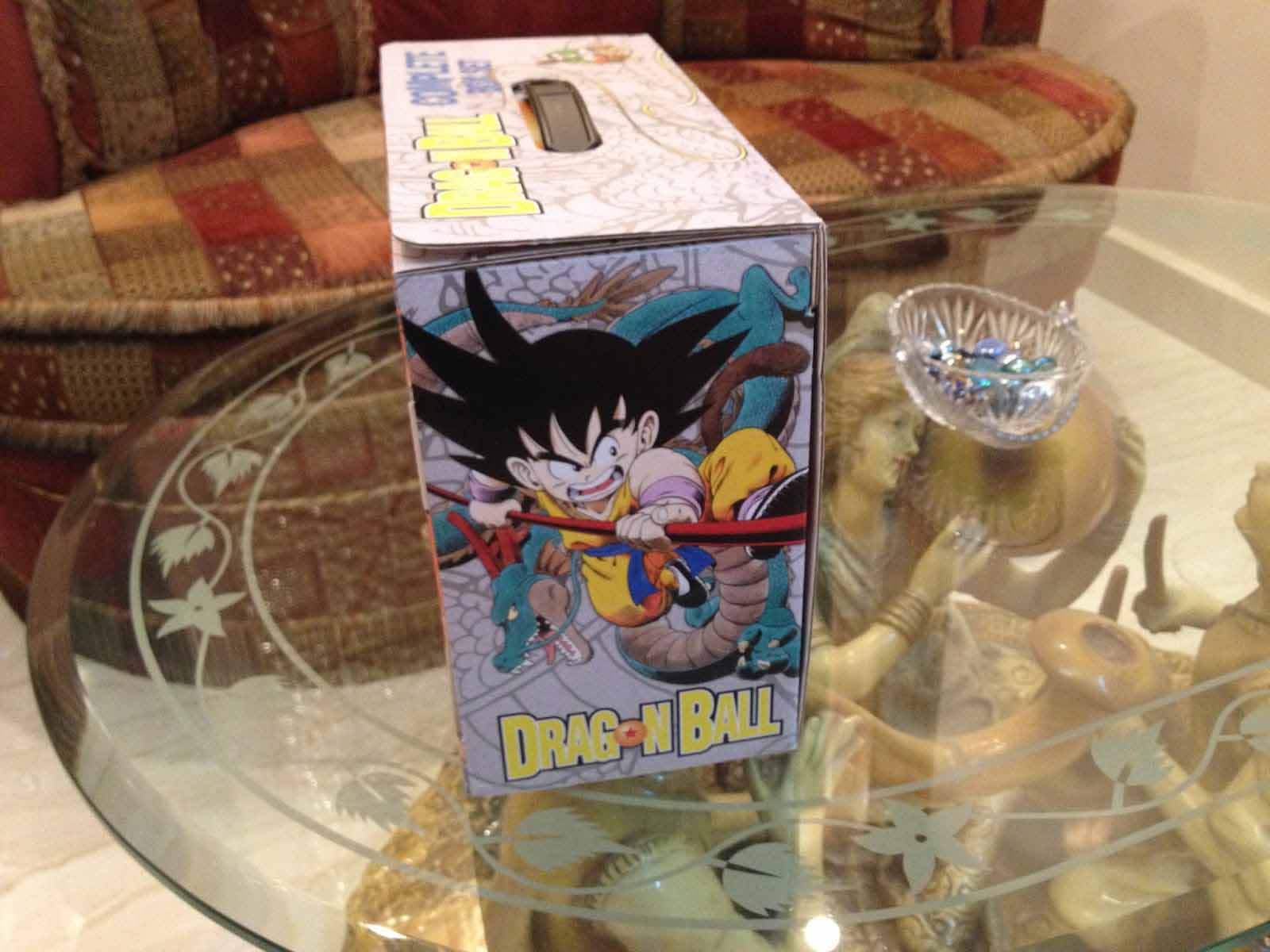 Here is an indepth review of the DragonBall-Z Manga Box, the sequel to this box set 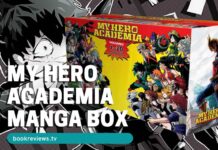 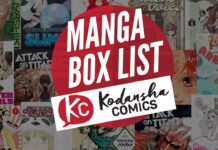 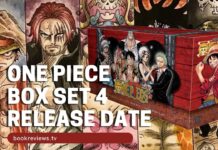 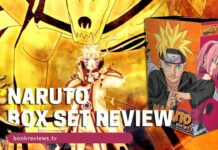 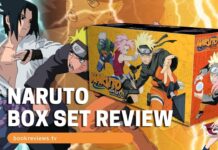 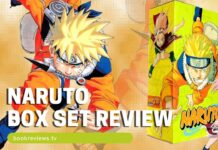