The review of the Book Harry Potter and the Philosophers Stone is divided in to several parts as follows:

Fantasy based books are an escape from the real world. You find yourself, travelling with the writer to a world they created, and in turn it stirs and stimulates our imagination. This is where J.K. Rowling stands out and has been extremely successful in taking her readers to places and magical battles that are beyond the realms of reality. Let’s not deny the fact that a lot of us have secretly wished to be at Hogwarts School as well. This is why J.K. Rowling’s Harry Potter Series have been a great hit.

Harry Potter and the Philosopher’s Stone is the first book from the series and create a magical scenario that urges people to read the next book and then the next; till the series come to an end, and yet it still leaves people craving for more. If you have not read the book yet, then here is a quick summary and review of the book.

The first book of Harry Potter Series i.e. Harry Potter and the Philosophers Stone A.K.A Harry Potter and the Sorcerers Stone is indisputably one of the best fantasy books that have ever been written. It gained popularity for some obvious reasons, J.K. Rowling enrolls you in a world that seems as the best escape that you can ever have. The best part about this book is that it is attractive for all ages and doesn’t fail to indulge anyone. If you are a fantasy book lover, then this will mark the top of your most favorite books of all times for sure. Being able to capture imagination of kids and adults both is a success in itself.

Character development has been amazing by J.K. Rowling and the story plot has stood out amongst all the fantasy books that we have had till yet.  You feel miserable for Harry Potter while he lives in Mr. and Mrs. Dursley’s place, on the other hand, you can live through the battle which leaves you in awe. The creation of Hogwarts and the description of the wonderful school in the book leave you with an urge of visiting the place.

Miracles do take place and there is always scope for keep hoping. J.K. Rowling has thrown light at how miraculously Harry’s life changes with the arrival of Hagrid and how reaches the place where he deserved to be. If you are meant to be somewhere, your fate eventually leads you there.

The story begins with Harry Potter who resides in Mr. and Mrs. Dursley house. Mrs. Dursley is Harry’s mothers’ sister. Lily’s (Harry’s mother) infant son was left on their door step one night. This is when Harry Potter’s parents were killed by Lord Voldemort. Harry was miraculously saved as Voldemort’s power broke when he tried to kill the little boy. However, Lord Voldemort leaves a sign of his encounter with the boy on his forehead. Harry had a scar which looked like a lightning bolt sign. The headmaster of Hogwarts School, Albus Dumbledore, decides to leave Harry with his uncle and aunt because he was too little to live in school. Thus, Harry Potter landed, unwantedly, in Mr. and Mrs. Dursley’s house.

Harry’s room is inside the cupboard that is beneath the stairs. Since his childhood, Harry’s uncle and aunt kept telling him that his parents passed away in a car crash. Mr. and Mrs. Dursley’s son, Dudley is a bully and keeps annoying Harry with his group of friends. Dudley owns two rooms in the house whereas Harry lives inside the small cupboard room which is beneath the stairs. Harry usually faced some weird situations which he tried to avoid at his best. Certain things that happened around him made him that there was something wrong with him.

One day, some really mysterious and suspicious letters start to arrive for Harry Potter. These letters are S, G, R and H. These are further embellished with a badger, an eagle, a snake and a griffin. The letters themselves sound suspicious but Mr. and Mrs. Dursley do not let Harry read the letters. Harry’s uncle kept telling him that the letters are addressed to him by mistake but they keep on arriving. Fed up by the letters that don’t stop coming to their place, Mr. Dursley decides to move to a hut on an island just before Harry’s 11th birthday.

However, despite all that they could do, on Harry Potter’s birthday (before midnight), Hagrid shows up to his place. Hagrid is a huge man and tells the family that he is the key keeper at Hogwarts. He further tells that Harry is a wizard who is supposed to attend Hogwarts School of Witchcraft and Wizardry. This is when Harry realizes that those letters have been from Hogwarts and his uncle and aunt have been trying their best to make him normal even when they knew that he had magical powers. Furthermore, he learns how his parents died. Harry is also told that in order to reach Hogwarts School, he needs to catch the Hogwarts express which is at Kings Cross on platform 9 and ¾.

The next day, Harry and Hagrid leave for London and shop for his school supplies. In his entire journey, he learns that his parents had left him a handsome amount of wizarding gold and buys everything from robes to his magical stick and much more. A month later, Harry leaves to catch Hogwarts express but is stunned to see that there is no ¾ present on Platform 9. However, he soon realizes that it is present there but it is not visible for all. This is when Harry meets the Weasleys (they have 7 children in total) who will become the best ever family for him. Their youngest son is Ronald Weasley who is going to become his best friend.

When Harry Potter finally reaches Hogwarts School, the first year students are told to wait as they have to be sorted out by the sorting hat. Ronald (who is known as Ron mostly in the entire book) and Harry are in Gryffindor. As the story moves on, Harry and Ron develops a friendship with Hermione Granger who turns out to be their best friend for life. The book ends with Harry Potter and his friends face an immense battle with the Dark Lord towards the end of their first year. As the battle discloses and everything comes back to peace, the first book comes to an end.

Harry Potter and the Philosophers Stone: BOOK VS MOVIE

We often hear that the book was better than the movie and it is said quite right. A lot of books have been turned into extremely successful motion pictures, and Harry Potter and Philosopher’s Stone is no exception. It is a wonderful movie and Chris Columbus has made an amazing effort to create one of the most excellent versions of the book. However, there are still some important details that were missed out in the movie.

Columbus missing out on all the tasks attempted by the professors was a big mistake. All the readers, including me, were too eager to see that scene put to life. But thinking of the fact that all details cannot be summarized in the movie; Columbus did all the best that he could. We obviously cannot blame him due to the movie time constraints, but this is exactly why books are always preferred more and adored more than the movie.

What Versions of Harry Potter and the Philosophers Stone are available to Buy?

There are several ways you can have Harry Potter books in your collection. If you are a hardcore fan of Harry Potter like myself, then trust me, no matter how many versions you already have, they just aren’t enough.

One of the best ways is to have the Box Set Versions. There are some really good box sets out there, and we have made a complete list of all the Harry Potter Box Sets available along with links to buy on Amazon.

Gryffindor, Slytherin, Hufflepuff, Ravenclaw … Twenty years ago these magical words and many more flowed from a young writer’s pen, an orphan called Harry Potter was freed from the cupboard under the stairs – and a global phenomenon started.

Harry Potter has been read and loved by every new generation since. To mark the 20th anniversary of first publication, Bloomsbury has published four House Editions of J.K. Rowling’s modern classic. These stunning editions each feature the individual house crest on the jacket and line illustrations exclusive to that house, by Kate Greenaway Medal winner Levi Pinfold.

Exciting new extra content includes fact files and profiles of favourite characters, and each book has sprayed edges in the house colours. Available for a limited period only, these highly collectable editions are a must-have for all Harry Potter fans.

We have compiled a complete list of all the House Editions along with links to buy on amazon, you can check it out below:

However, if you were to buy just one book, then we would recommend to go for the Illustrated Edition by Jim Kay. The illustrations by Jim Kay can be describes nothing short of lavish, the full-color editions just blow you away and transports you to the Harry Potter world.

We will do an indepth review on this edition soon, and the link to the review would be updated here soon.

I would definitely recommend everyone to read Harry Potter and the Philosopher’s Stone. There are a lot of interesting details that the movie fails to unveil to the audience. These details add spark and fun to the book and make it way interesting than the movie. If you have not read the book; it is time that you do so now and you will realize that how much the movie has missed upon. It is obviously impossible to settle in all the details in the movie, that is why books always rock!

you might also be interested in our other Harry Potter Reviews and articles, check them out below

Harry Potter and the Chamber of Secrets Book Review

Harry Potter and the Prisoner of Azkaban Book Review

Harry Potter and the Goblet of Fire Book Review

Harry Potter and the Order of the Phoenix Book Review

Harry Potter and the Half Blood Prince Book Review 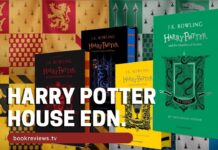 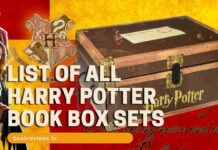 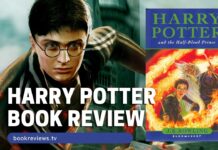 Harry Potter and the Half Blood Prince Book Review 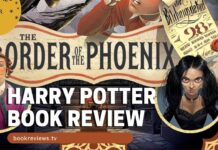 Harry Potter and the Order of the Phoenix Book Review 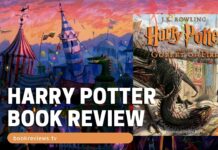 Harry Potter and the Goblet of Fire Book Review 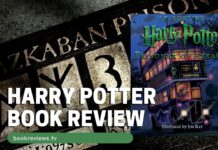 Harry Potter and the Prisoner of Azkaban Book Review