A complete list of all New, Upcoming & Latest Manga Releases for the month of August 2021 by TokyoPop along with links to buy on Amazon. Order your copy now and get pre-order price guarantee by Amazon.

Laughing Under the Clouds, Volume 3 (3)

Soramaru’s quest to grow stronger brings him to the leader of the Yamainu, Abe no Sousei.  Sousei proposes a trade: training in exchange for information.  In search of the information required, Soramaru disguises himself and — with the help of youngest brother Chutaro — infiltrates the very prison he’s taken so many criminals to: Gokumonjo.  But nothing is ever as easy as it seems, and although Soramaru finds the information he needs to make a deal, eldest Kumo brother Tenka suddenly finds himself under arrest and in dire straits…

Not long before the exploits of Eivor Wolf-Kissed, Jarl Stensson and his sons, Ulf and Björn, make their way to England at the behest of Halfdan Ragnarsson and Ivarr the Boneless. Filled with excitement, confidence and bloodlust, the two brothers are eager to go to war against Aelfred the Great and his Anglo Saxon army. But they would do well not to underestimate what awaits them on those green shores…

Nijou is the perfect student. He’s class president, great at sports, and beloved by all his classmates, especially the girls. But he hides his true feelings; deep down he’s terrified of letting everyone down with anything less than perfection and being rejected. As the most responsible and respected member of the class, he’s asked by their teacher to check in on Toomi, a student who hasn’t been to school in a while.

Toomi sees straight through Nijou’s insecurities and acts belligerent, but he has a secret of his own; in order to pay off his father’s gambling debts, he performs in drag on an adult cam site as “Haruka.” When Nijou accidentally discovers the truth, he struggles with whether he should tell Toomi, or continue to feign ignorance. But at the same time he finds himself developing feelings for Haruka…or is it really Toomi he’s falling in love with?

Young witch Bibi Blocksberg was ecstatic when her new friend Miyu invited her to stay with her family in Japan for a cultural exchange trip. Unfortunately, ghost hunting keeps them too busy for any sight seeing, but a much-needed break for some karaoke fun leads Bibi to realize that Miyu is an amazing singer. With a big contest about to be held in Kyoto, the two magical girls must figure out how to keep the city safe from otherworldly spirits while preparing for the show. 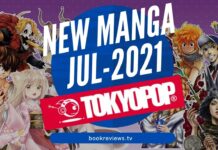 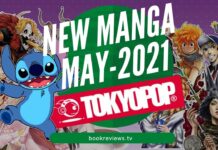 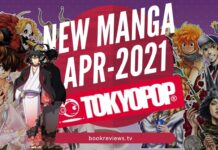 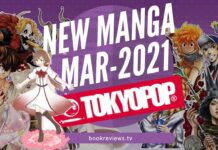 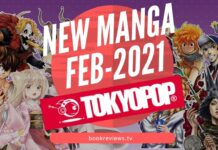