After years of training and adventure, Goku has become Earth’s ultimate warrior. And his son, Gohan, shows even greater promise. But the stakes are increasing as even deadlier enemies threaten the planet. DRAGON BALL Z is the ultimate science fiction/martial arts manga.

Five years have passed since the Tenka’ichi Budōkai (Strongest Under the Heavens) fighting tournament, where Son Goku emerged as Earth’s ultimate champion. Goku has since settled down with a wife and even has a son, Son Gohan. All seems peaceful, until one day when a mysterious visitor appears and reveals that Goku is actually an alien!

The visitor, Raditz, claims that Goku is a Saiyan Warrior, a member of the most powerful race in the universe. When the ruthless Raditz threatens to destroy Goku’s family and the entire human race, Goku races to stop him and finds an unlikely ally in Piccolo, his old archenemy…

After saving Earth time and time again, Son Goku definitely deserves the peaceful life that he’s been living with his wife and son. That all changes drastically one day when a mysterious visitor appears and reveals that Goku is actually a Saiyan–a member of the most powerful race in the universe!

Saiyan or not, Goku continues to be Earth’s champion. Facing off against the elite Saiyan warrior known as Vegeta, Goku gives his all to prevent Vegeta from destroying Earth. But every hero needs a little help sometimes–Goku’s son, Gohan, and his friends Kuririn and Yajirobe refuse to leave his side. Unfortunately, it’s beginning to look as if even their combined forces may not be enough to beat back the strongest enemy they’ve faced yet…

After an epic battle with the heartless Saiyan warrior Vegeta, Son Goku and his friends saved Earth from destruction. But the cost was high–four heroes died. While Goku recovers in the hospital, Kuririn, Bulma and Son Gohan cross the universe to the planet Namek to hunt down Dragon Balls and revive their friends. But they learn quickly that they aren’t alone.

Namek is under attack by Freeza, the most powerful being in the universe. Freeza and his goons will stop at nothing to get their hands on the Dragon Balls. As if that wasn’t bad enough, Vegeta has landed on Namek too. When Goku hears that his friends face incredible danger, he races to their rescue. But will he make it in time? And how could he possibly stand up to the terrible power of Freeza?

After a razor-close call, Son Goku and company triumphed in rescuing the Dragon Balls from Freeza’s evil claws. Now they must go head to head with one seriously ticked-off alien overlord! What’s worse, Freeza’s got a trick up his sleeve. He has the power to transform–not once, not twice, but three times–and with each new hideous face comes a massive power increase!

With Goku recovering from his fight with Captain Ginyu, the gang must band together and hold Freeza off as long as they can. But even with all their power combined, the odds are in Freeza’s favor. As the battle rages on, defeating Freeza seems more and more impossible. The only hope lies in the one thing Freeza fears–the legend of the Super Saiyan!

Trunks, a mysterious warrior from the future, has arrived to warn Son Goku and pals of a horrendous menace that could destroy the universe. Dr. Gero–the diabolical genius of the Red Ribbon Army–has constructed androids designed to defeat Goku and take over the world. Goku must locate and destroy these androids before they’re activated–or face certain doom!

But little do they know that another visitor from the future is watching their every move. Another hideous creature from the demented mind of Dr. Gero, this monster was created from the cells of the most powerful beings in the universe–including those of Son Goku! Between deadly androids and a biologically engineered nightmare, Goku will have to transcend the power of a Super Saiyan if he’s going to prevail!

Earth faces its deadliest threat ever! Cell is a biologically engineered abomination constructed from the cells of the universe’s most powerful beings–including Goku, Vegeta, Piccolo and even Freeza! To increase his power and achieve his Perfect Form, Cell must absorb powerful warriors and steal their energy. Now that Cell is only one android away from invincibility, he’s about to issue a horrific ultimatum to the citizens of Earth: produce one warrior who can stand up to Cell in one-on-one combat, or he will destroy every living thing on Earth!

Son Goku knows that he doesn’t stand a chance against a being so powerful…yet. But when he and his buddies train in the Room of Spirit and Time, there’s no telling what boundaries of power and skill they’ll surpass! But if they want to stop Cell, they’re all going to have to work together and give it everything they’ve got! And when they return to Earth ready to beat Cell at his own game or die trying, a surprising champion emerges.

In the midst of battle with the hideous bio-monster Cell, Son Gohan surpassed his father, Son Goku. Now he is the strongest warrior in the universe! With his newfound might, Gohan manages to beat Cell at his own twisted game. However, Cell does not like to lose. When he realizes he’s licked, he decides to self-destruct with a horrible blast that’s certain to reduce Earth to a speck of dust. Son Goku has one trick up his sleeve that will thwart Cell’s desperate attempt at mass destruction. Sadly, in order to save Earth from incineration, Goku must make the ultimate sacrifice and leave the fate of the planet in the hands of Son Gohan.

Several years go by, and Gohan has made good on his promise to protect Earth from evil. But his mother still insists that he get a good education! When Gohan starts a new high school, all he wants to do is fit in. But how can he keep his Super Saiyan powers under wraps? Just as his classmates become suspicious of Gohan, he comes up with a plan to be a hero and a normal kid at the same time–a superhero disguise! Citizens of Earth, meet The Great Saiyaman!

Kaiô-Shin–the Lord of Lords, the mightiest deity in the universe–has summoned Son Goku and pals to try to avert certain doom for the entire universe. A djinn created eons ago by the wicked warlock Bibiddi is about to be resurrected by Bibiddi’s son, Bobiddi. The djinn possesses unfathomable power and is virtually indestructible once unleashed. Even his name strikes fear in the hearts of all humans: Boo!

Kaiô-Shin leads Goku to Bobiddi’s spaceship, where Boo is gestating until he comes to full power. The crew battles Bobiddi’s minions while the clock is ticking, but Dabra, the king of the demon plane, spots a weakness in their midst that he can easily manipulate: Vegeta’s pride. The former prince of the Saiyans has been waiting impatiently to prove that he is the supreme member of his race–not Goku. Vegeta allows Bobiddi to enter his heart and feed him strength, just as long as that will allow him to finally defeat Goku. Vegeta’s antics give Bobiddi all the time he needs to introduce the universe to its demise: a bouncing baby Boo!

Earth’s days are numbered indeed! Boo, the indestructible djinn of inconceivable power, has been swinging around Earth like a wrecking ball, knocking down everything in his path and turning everyone into snacks. And that was before he transformed from a childish blob into an evil fighting machine. There’s no telling what destruction will rain down now!

The universe’s ultimate champions are desperately scheming and training to find a way to stop this abominable bouncy ball. Gohan is undergoing a bizarre training regimen with former Lord of the Lords… but the old guy keeps nodding off! Meanwhile, Trunks and Goten are perfecting their fusion dance in the Room of Spirit and Time to become Super Gotenks, a level 3 Super Saiyan power combo with extra-special hair. But how can they make a dent in a monster that keeps bouncing back? If only there were a way they could bring Goku and Vegeta and their other friends back to Earth… Don’t miss the thrilling conclusion to this colossal manga classic! 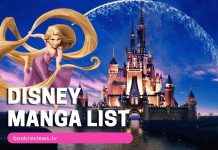 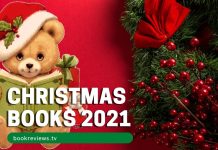