A complete list of all Kuroko’s Basketball Manga Volumes by Tadatoshi Fujimaki, published by Viz Media, along with links to buy on Amazon.

Seirin High’s greatest basketball superstar was the one no one literally saw coming—the invisible Kuroko!

Tetsuya Kuroko doesn’t stand out much. In fact, he’s so plain that people hardly ever notice when he’s around. Though he’s just as unremarkable on the basketball court, that’s where his plainness gives him an unexpected edge—one that lets him execute awesome moves without others noticing!

When incoming first-year student Taiga Kagami joins the Seirin High basketball team, he meets Tetsuya Kuroko, a mysterious boy who’s plain beyond words. But Kagami’s in for the shock of his life when he learns that the practically invisible Kuroko was once a member of “the Miracle Generation”— the undefeated legendary team—and he wants Kagami’s help taking down each of his old teammates!

Seirin High is smashing its way through the Inter-High qualifiers. But to make it to the Finals League, they’ll have to win twice in one day! First up is a match against the North King, Seiho High. And their day only gets tougher with their second opponent, Shutoku High. After all, the East King boasts Midorima of the Miracle Generation!

Aiming for the finals league, Seirin takes on Shutoku and their Miracle Generation ace, Midorima. The team’s fired up thanks to Kagami, but how will this battle end?! Meanwhile, a friend from Kuroko’s middle school appears. Will his teammates find out what happened in Kuroko’s mysterious past?!

Fresh off their devastating losses in the Finals League, Seirin High finally meets the mysterious Teppei Kiyoshi—the basketball club’s original founder. He’s come back to school to inspire the team to make a new start! With the Winter Cup looming ahead, they dive into summer training camp. Meanwhile, Kuroko finds himself worrying about his playing style…

It’s the Inter-High quarterfinals! Kaijo’s Kise challenges To-oh’s Aomine, and he finally manages to copy Aomine’s playing style, putting To-oh on the defensive. Plus, Aomine’s in a bind after picking up his fourth foul. How will this match between Miracle Generation members turn out?! Meanwhile, Kuroko and Kagami unexpectedly run into some familiar faces at a street basketball tournament!

The Winter Cup qualifiers continue as Seirin takes on Shutoku. With Shutoku and their star player Midorima back for revenge, Seirin faces a challenge unlike any before and finds itself facing a large deficit! However, Kuroko’s new ultimate drive manages to shrink the lead. But has time run out on their epic comeback?

Seirin’s made it to the Winter Cup! The team decides to take a break at a hot spring before the tournament, but while there, they run into Aomine and Tooh Academy, who relate some shocking information—for their first game, Seirin will face off against To-oh. Get ready for some thrilling ups and downs as the tournament begins!

It’s the third quarter of Seirin’s game against To-oh, and the team faces a tough time when Momoi’s strategies nullify Kuroko’s effectiveness. His misdirection is failing, and Aomine’s unbelievable skills are leaving Seirin in the dust… Now all hopes for victory rest on Kuroko’s ultimate move!

In the quarterfinal match of the Winter Cup, Seirin is up against Yosen, which has won its last two games by completely shutting down its opponents. Can Kuroko and company come up with an attack strategy to smash through Yosen’s defense?! And can Kagami really win against his “big brother” from America, Himuro?! It’s time for the tip-off!

Seirin’s fighting an uphill battle against Murasakibara and Himuro of Yosen. But a bit of inspiration from Kise helps Kagami get in the zone! Meanwhile, Himuro’s encouragement finally convinces Murasakibara to take the game seriously! The quarterfinal match between Seirin and Yosen is about to be decided!

It’s Rakuzan versus Shutoku! The showdown between Miracle Generation members Akashi and Midorima is finally under way. Meanwhile, Seirin is getting ready for its game against Kaijo High and Kise! Kuroko has proven his worth with his Vanishing Drive and Phantom Shot moves, but can they match up to Kise’s Perfect Copy?!

Seirin’s taken the lead in the semifinal game against Kaijo, but they’re in a bad spot when Kise returns to the court and turns the game around with his Perfect Copy move. Can Kuroko and the rest of the team concoct a strategy to deal with Kise?! Find out which team moves on to the final match!

In a flashback, the Miracle Generation players realize their immense talents as second-years in middle school. However, their newfound power causes a rift between them and everyone else. Meanwhile, a confrontation with Murasakibara ends up awakening Akashi’s true potential—but the incident only hastens the end of Teiko Middle School’s basketball club…

It’s Seirin’s final match against Rakuzan in the Winter Cup, and Kuroko’s been…defeated?! In a cruel twist of fate, all of his breakthroughs have ended up robbing him of his defining talent—his invisibility! Seirin’s already at a crippling disadvantage when they encounter Rakuzan’s secret weapon— Mayuzumi, an upgraded version of the phantom sixth man! Can Seirin make one final push?!

Izuki’s performance has Seirin on the comeback trail, but the team’s still losing as they enter the fourth quarter. Koganei’s moves give Hyuga the inspirational hint he needs to exact revenge on Mibuchi! But everything changes when Akashi gets serious. Is this the end of the line for Seirin?! 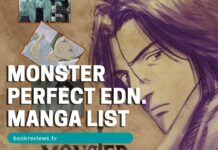 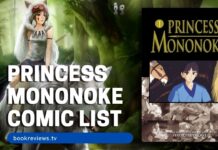 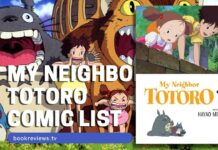 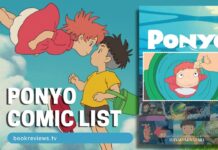